Taking Storyblocks to the Community Groups

Having decided upon a system and how we wanted to test it we returned to the groups to run another workshop. In the exercise pieces of card and post-it notes stood in for the digital objects we’d envisioned, and after a brief explanation participants were encouraged to try and use the system to tell their stories. You can read more about how the exercise went with Stoke group and also how the Bute group did the exercise.

The results of these workshops were a series of the participant’s stories translated into the Storyblock system. 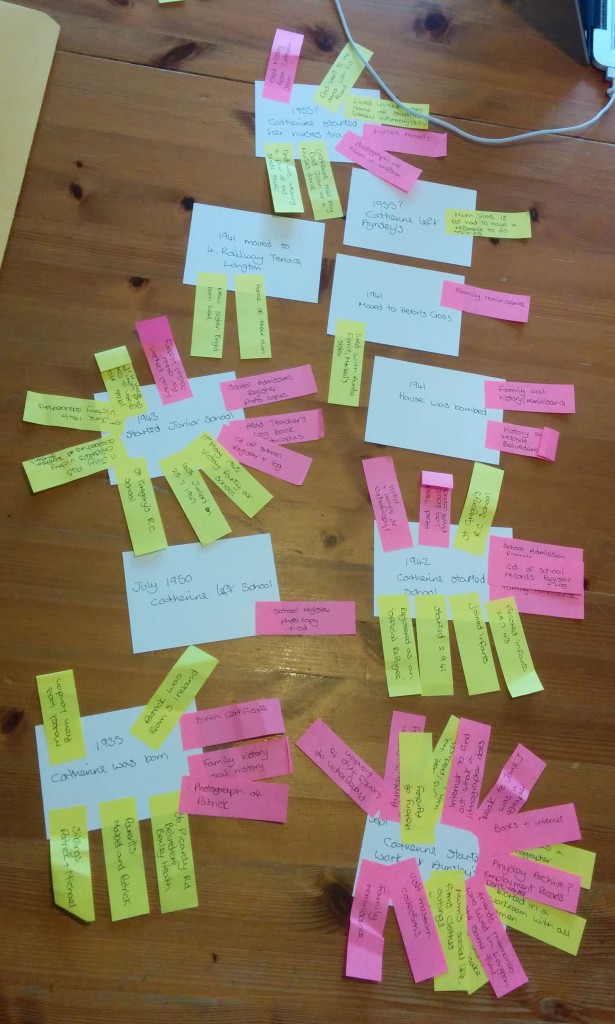 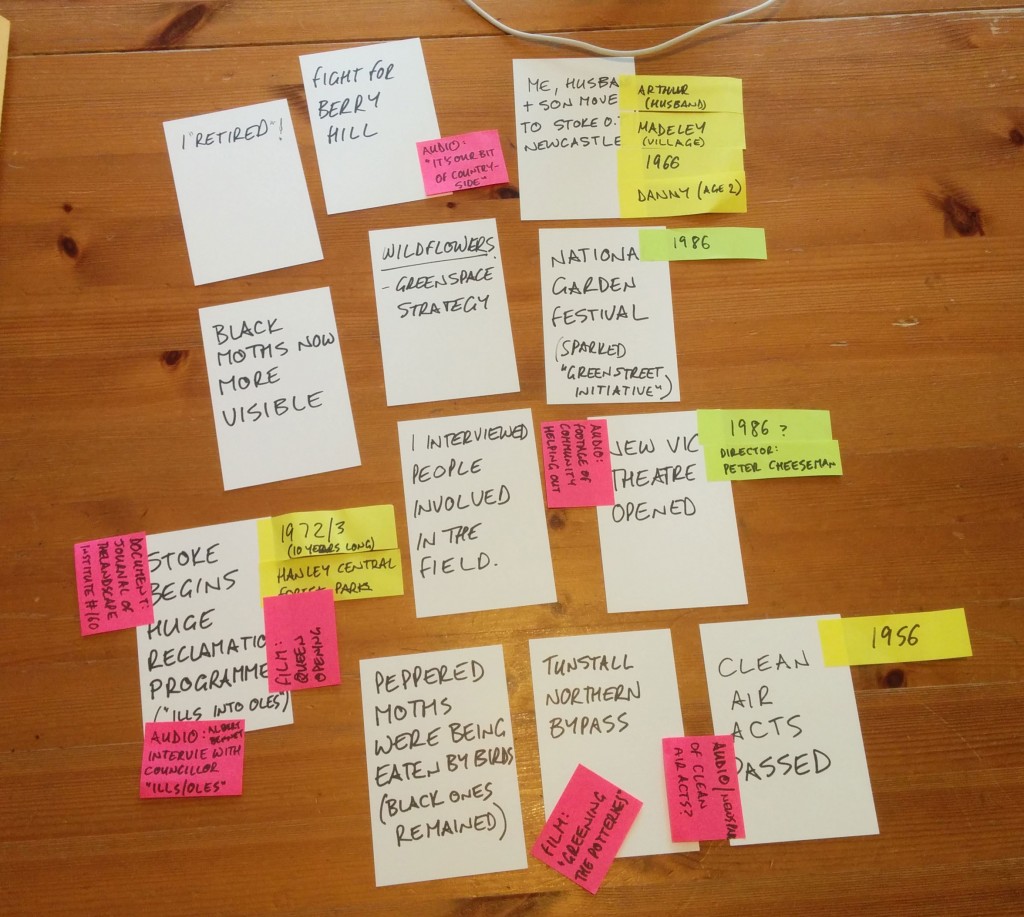 Each participant approached the exercise slightly differently which provided a lot of contrasting ways for us to validate our work and also expand upon it. It was clear that whilst some of what we’d thought was on the right lines other bits needed a bit more thought.

The next step for us was to to take these stories and start translating what we had into the type of interface that would be needed to both create and then display them. The first thing we did was attempt to map a very basic user journey for Jane Wells to have created each of her story blocks: 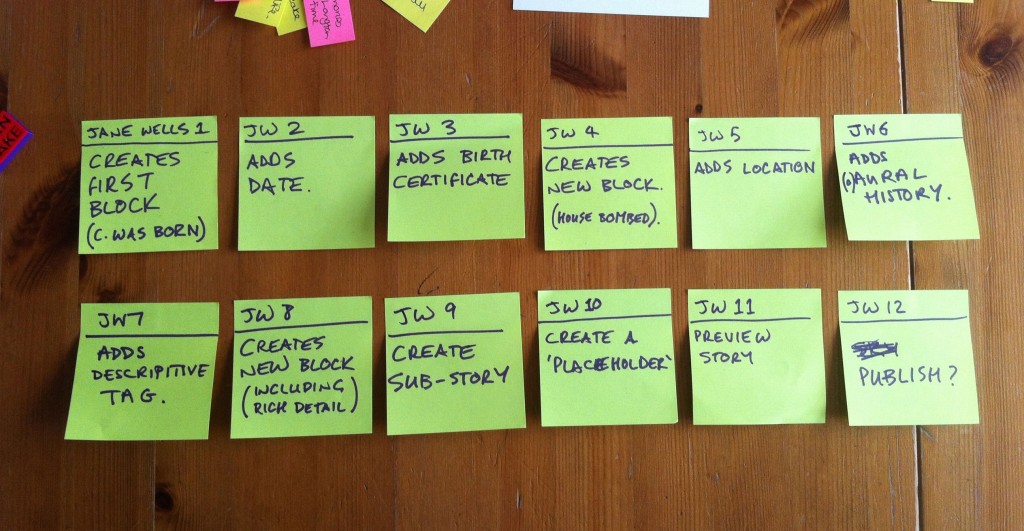 We then did this for Jane Jones:

Moving from this we then started investigating what an interface might look like that would allow both of these people to create their stories digitally. Taking each of the steps of the user flow in turn we sketched out the the interface and interface elements which would be needed for each step. 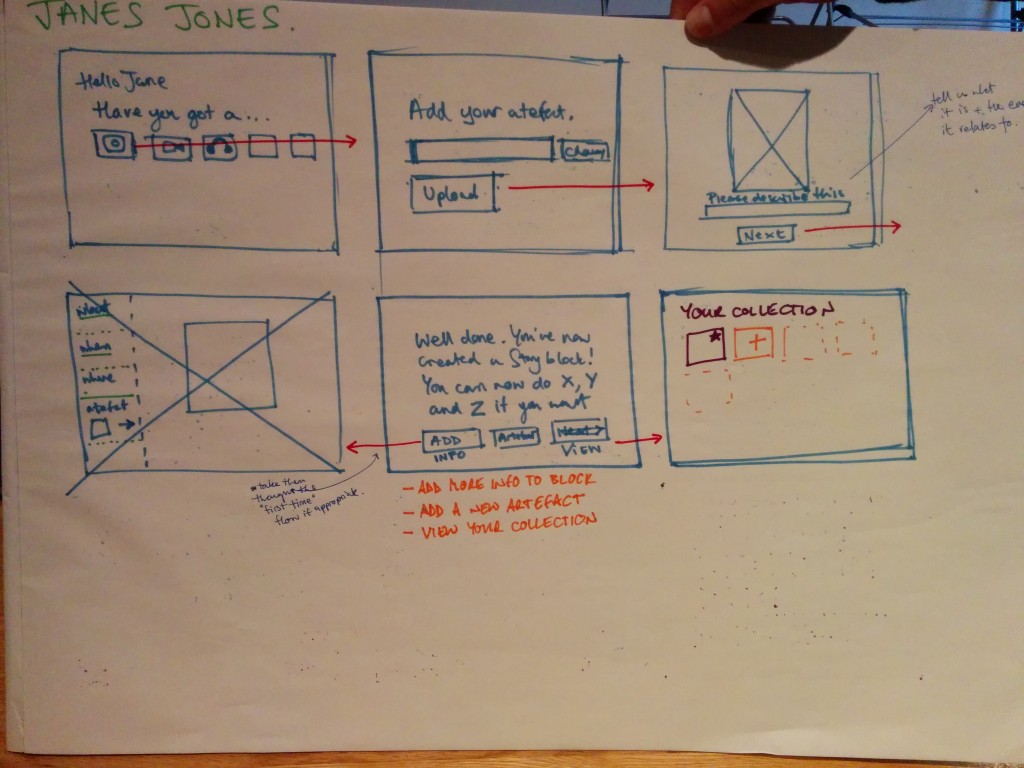 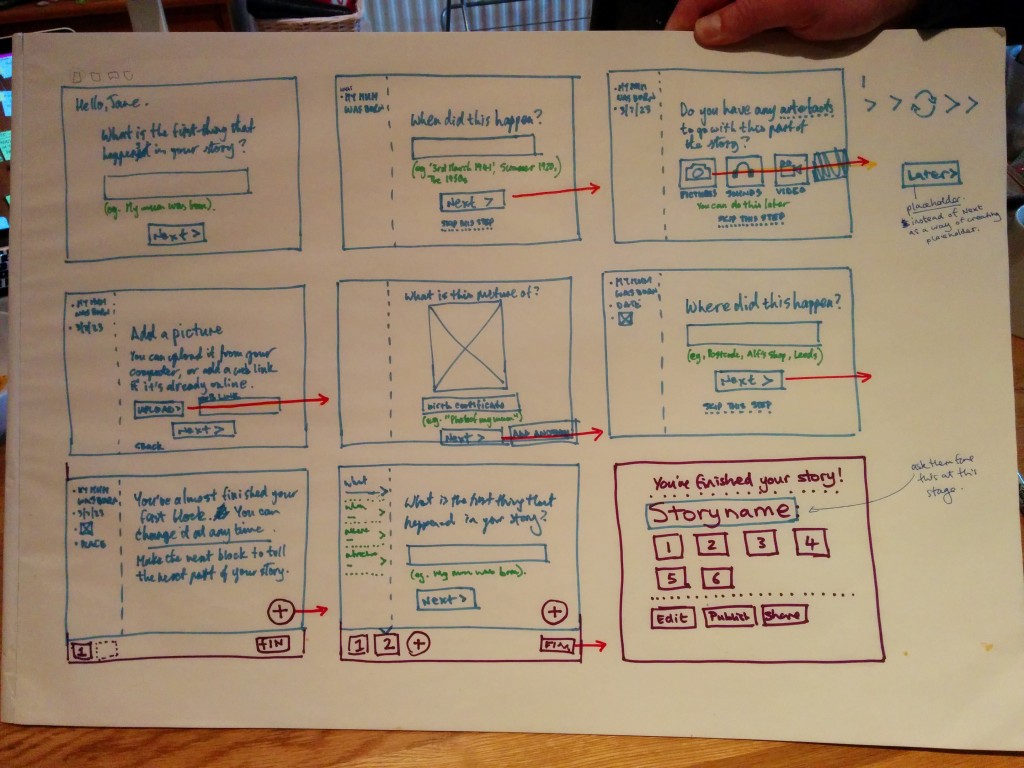 Once we had worked through all the stories we had a good idea of what the interface might need to include and enough clarity around the concept that we would be able to start creating a working prototype.

Next: A Working Prototype (Coming Soon).

2 Responses to Taking Storyblocks to the Community Groups